Our Medical Advisory Board

NuLife Institute delivers outstanding results to each and every client. All because of our elite Hormone Therapy & Age Management Specialists, Physicians and Medical Staff.

For more than two decades, Dr. Luis Dominguez has used his unique, customized approach to help thousands of patients reverse the clock on aging and enjoy a whole new lease on life.  Dr. Dominguez has applied his inquisitive mind and passion for evidence-based Integrative Medicine to focus on utilizing a whole body approach.

While working at the vanguard of Integrative Medicine, Dr. Dominguez has mastered new solutions for anti-aging and age management.  He combines his philosophy and approach with the latest advancements in technology and medical science for truly impressive results.  Dr. Dominguez treats each patient holistically and systematically, thoroughly probing every symptom to identify the root cause.  He utilizes two decades of experience to create a comprehensive, customized road map with the aim of achieving true health and wellness.

His passion for Functional and Integrative Medicine means that he is positioned at the cutting-edge of research into the latest techniques and medical advancements, in order to bring them back to his own patients.   A pioneer in his chosen field, Dr. Dominguez is a true believer in science-backed innovation.  In the course of treating thousands of patients every year, his knowledge base in his area of specialization is constantly expanding.

A patient himself as well as a physician, Dr. Dominguez has experienced the results firsthand and can vouch for them personally.  He understands the challenges men and women face as they age and how NuLife Institute can help patients overcome them.

“Most doctors barely look past your chart, and you don’t get the care or the results you deserve. That’s why NuLife Institute and I are both dedicated to a one-on-one approach that gives you the best results and the best quality of life possible.”

Dr. Martin is a board-certified physician with a background in Family Medicine and Psychiatry who has been practicing medicine in California for more than a decade. He is a global expert in Functional Medicine and has treated patient internationally focusing on early detection and reversal of age-related decline. He uses the presence of specific gene alterations to evaluate predispositions for functional areas including cardiovascular, detoxification, methylation, immune modulation, and estrogen metabolism. This genetic data is integrated into personalized treatment plans for patients.

In an era when rates of obesity and lifestyle-related diseases are more prevalent than health and well-being, Dr. Martin lectures on the importance of a balanced lifestyle, nutrition science, self-care, mindfulness, and physical activity. Each patient’s genetic, biochemical, and physiologic factors contribute to the formation of a restorative aging strategy. He believes in the power of One—that is, One unique aging strategy for One patient.

“I have worked and traveled extensively in more than 35 countries around the world and firmly believe that wellness, nutrition, and lifestyle choices can be used effectively to manage chronic disease. My patients become proactive and use self-care methods to lose weight, improve sexual relationships, sleep better, and age optimally. I partner with patients to find the root causes of their illness and harness the power of Functional Medicine to transform their health.

I use a combination of Functional, Integrative and conventional methods to facilitate the body’s innate healing mechanisms while synergistically preventing the onset of chronic disease. My practice allows patients to have more energy, improved fitness, reduced stress, and an overall sense of balance and wellbeing. I believe that everyone can have a life of vitality throughout all stages of life. Experience the power of the One Aging Strategy with NuLife Institute.”

*Exclusively at our new location in the Carillon Miami Wellness Resort. 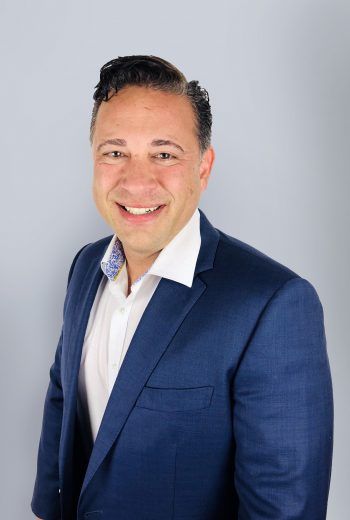 Michael joined the Army soon after graduating from high school.  He served brilliantly and moved up the ranks quickly. Michael started out as a Medic then was able to become a Physician Assistant. Through several deployments and successful missions, Michael received many awards and decorations, including 2 Bronze Stars.

Michael’s military experience means he knows the value of peak performance and teamwork. Combine that with his medical knowledge and passion for patient care, and he is an invaluable addition to NuLife Institute.

Michael will be working closely with helping patients to be their best at any age. Michael practices what he preaches, and in his mid-40’s, he is still in “combat shape.” He enjoys competitive motorsports, thanks to his commitment to fitness and belief in Age Management Medicine.

He brings that commitment to excellence and passion for performance to everything he does. His 5-star personality makes patients feel like they are part of the team.  Michael will offer his expertise in age management treatments such as sexual performance, hormone therapy, and aesthetics.

Michael is a pioneer in the use of ESWT therapy for both men and women.  He has developed protocols for sexual performance as well as orthopedic rehabilitation and prevention.  Michael has been dedicating himself to helping men and females to be healthier, happier and have more vigor in their lives.

Michael is the creator of the NEWWAVE treatment, the one of the only drug-free, surgery-free male enhancement procedure that not only provides effective treatment for erectile dysfunction but increases performance and reliability in all men.  It is also an excellent treatment for the prevention of erectile dysfunction.  Michael has also worked extensively with orthopedic injuries and has protocols for these injuries also.

Michael has trained over 60 physicians nationwide in the use and administration of ESWT therapy and Platelet Rich Plasma and continues to guide them when they have questions and complicated cases.

Bachelor of Science, Physician Assistant Studies, May 2000 – May 2002 University of Nebraska, Omaha, Nebraska 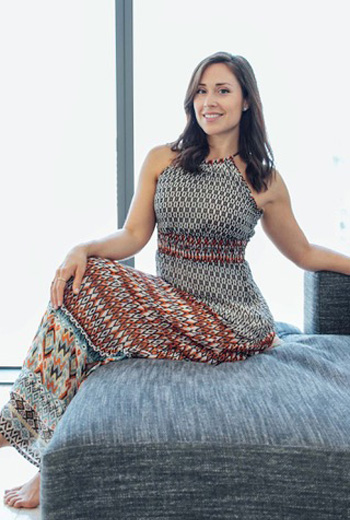 Monika Arenas is a licensed and Registered Dietitian, NASM certified personal trainer, author, and creator of Feed Me Health. She graduated from Florida International University in 2012 with a BS in Dietetics & Nutrition after completing a 1200-hour comprehensive internship in two hospitals and an eating disorder treatment center. Monika is a current PUMA sponsored athlete, essential oil educator and YouTube Vlogger.

Monika teaches a variety of health modalities ranging from personal and group nutrition and fitness training as well as educational courses on holistic health using essential oils, meditation, and mind-body talks. Her passion is driven by seeing others develop a healthier relationship with themselves, in helping them accomplish their goals while ditching extreme diets, unsustainable regimens, and all-or-nothing mindsets.

By combining both her clinical and spiritual practices, Monika works with clients in person or one-on-one all over the world via virtual sessions to create custom nutrition, fitness and lifestyle programs that enable her clients to step into their higher selves thus experiencing incredible mind-body transformations.

Born to Colombian parents, Monika is fully bilingual in Spanish and frequently travels to Colombia to educate on health and wellness where she was partially raised. Find her connecting with the South Florida consciousness communities and actively growing and supporting others in the field of health, healing, and self-love.

Bringing with him over 15 years of industry leadership, Joshua Wapner is the Chief Executive Officer for NuLife Institute. Joshua shows great benevolence and assiduous attitude that helps drive his company and team towards success.

Since 2011, Joshua hasn’t just been a CEO, but a patient and an incisive advocate for the life changing benefits an Aging Strategy can produce. He founded NuLife Institute after years of being in the medical health industry. At first, he was a patient, and then he worked for another company helping thousands of patients one-on-one to feel better by regaining their youthfulness, energy and overall quality of life. It was intrinsic working from the bottom up, understanding the industry entirely, so that Joshua then sought a way to make the experience and concierge care more aligned with the results; that is when he created his company.

His percipience for NuLife has always been to harness the “Power of One.” This philosophy encompassing complete focus on One Patient with One Goal for personal success, highlighted by One Promise – helping patients feel ten years younger in six months of less.

Joshua has been venerated as the leading authority in Miami on Testosterone Replacement Therapy.

Joshua currently lives with his wife and daughter in Miami, Florida.

*NuLife Institute can only provide prescriptions or therapy services to patients who have a clinical need. To determine a clinical need, patients must complete any required lab work, physician consultations, examinations and a medical history review. Please note that even if you complete these steps, a clinical necessity for our prescriptions or hormone therapy may not be found. Any claims or opinions stated within our NuLife Institute website should not be constructed as medical advice or as a diagnostic. These products are not intended to diagnose, treat, cure or prevent any disease. Please be advised that the statements on this informational website have not been evaluated by the Food and Drug Administration. © 2020 NULIFE INSTITUTE. ALL RIGHTS RESERVED.

This site uses cookies to store information on your computer. Some are essential to make our site work, improve the user experience, and allow us to effectively communicate with you. Using this site gives consent to the placement of cookies. Accept Read More
Privacy & Cookies Policy